―To heighten customer satisfaction in Myanmar―

MPT and KDDI/Sumitomo Corporation, who are conducting telecommunications business through their joint operation, hereby announce that on November 14th, 2014 they have opened the first directly operated MPT shop in the Yangon General Post Office (hereunder, "GPO"). The shop will sell SIM cards and Top-up cards to the public. 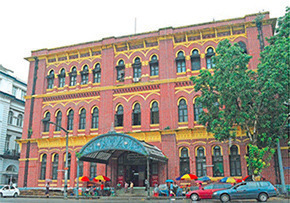 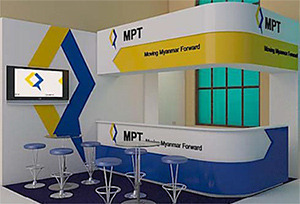 Ahead of the official launch, an opening event to celebrate the renewal of the GPO was organized by the Japanese Government and the Japan Post Co. Ltd. on November 13th 2014, where the Japanese Prime Minister, Mr. Shinzo Abe, made an appearance. In addition to receiving his congratulations, MPT presented the Prime Minister with a commemorative SIM card. 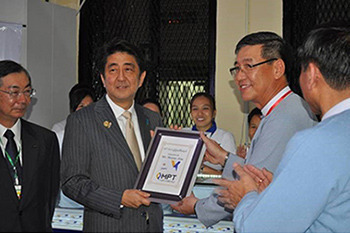 MPT and KDDI/Sumitomo Corporation began SIM card sales on September 1st, 2014, and already sold more than 1 million cards in the first month. Simultaneously, work is being done to improve the quality and connectivity, in order to provide users with more comfortable mobile communication service. Call service centers have also been strengthened to achieve even higher customer satisfaction.
MPT announced its new logo and brand image on September 12th, 2014, which includes a television commercial. 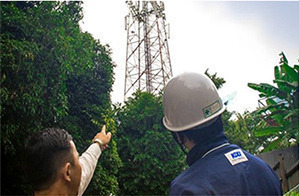 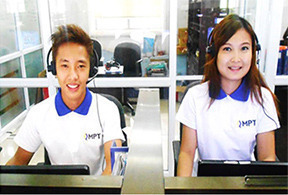 The new directly operated shop will be the first of its kind where MPT employees serve their customers in person. MPT customers' questions, varying from the product specifications to the contract terms, will be answered with the world's highest "Japanese quality" service to MPT's customers.
MPT and KDDI/Sumitomo Corporation will continue to improve customer satisfaction, and endeavor to assist in the industrial and economic development and livelihood improvement of the people of Myanmar.

About the first directly operated shop